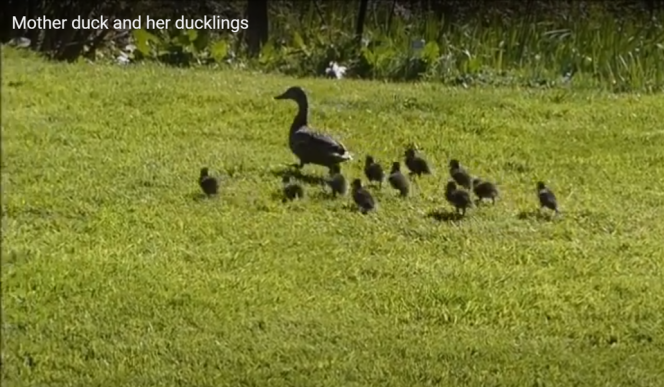 Since we changed the use of our paddocks from horse pasture and grazing for sheep we no longer need our fences to be animal proof. For ages now we’ve had plans to start replacing our wire fences with more creative, aesthetically attractive and green options. Finally, in these strange times we have the time to work on some of these.

Early in the Spring, we got to work extending the ‘fedge’ around the Wildlife Pond. A fedge is a living hedge. It is created using freshly cut willow ideally harvested and replanted on the same day. Willow is a fast-growing tree and produces flexible, straight stakes perfect for making ‘fence posts’ from. You simply cut branches at a 45 degree angle, push them about nine inches into the ground and wire them together into a lattice. A drop of rain and our fedge is now starting to sprout vigorously.

The amount of fedge we can make is limited by how much willow we are able to harvest on site, so to replace the unsightly orange netting around the solar tower we deployed a different technique -hurdle making. We used traditional hazel combined with some of the older more twisted willow not suitable for fedging.  A hurdle is not living so will not grow and will need to be topped up each year. Ours is a bit rustic looking due to the shape of our branches but its much more appealing than what it replaces! 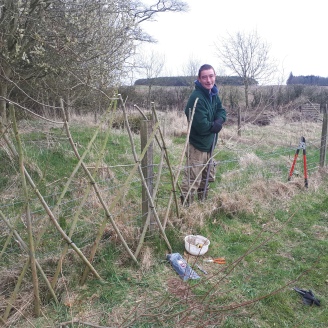 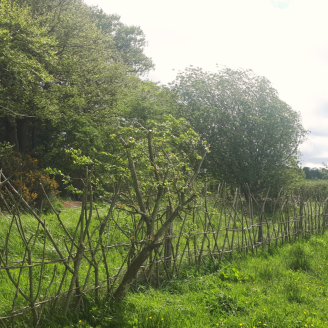 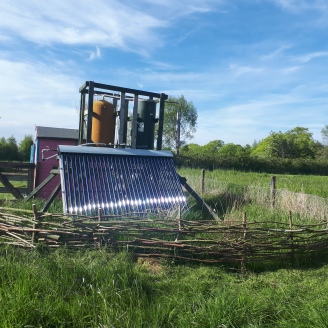 In birding news, we have seen increasing numbers of swallows flitting over the meadows and think we have at least two nesting pairs. We briefly disturbed a pheasant’s nest in the long grass in the Home Paddock hopefully not for long enough to prevent the hen from returning to her (surprisingly large) eggs.

At the Home Pond, at least three duckling survive from our first brood of mallards and mum is decidedly more organised about looking after them these days so fingers crossed they will all make it through to adulthood. The bird feeders are buzzing with diligent parents feeding young in the nest, species spotted include greenfinch, yellowhammer, chaffinch, blackbird and robin. We’ve had several good sightings of great spotted woodpeckers who are also nesting.

We’re delighted to have a flourishing population of tree sparrows at Greenhillock all busily nesting and feeding young. Between 1970 and 2006, numbers of tree sparrows declined by a massive 93 per cent in some areas of the UK. This was largely due to changes in farming practices which reduced seed and insect food sources and places to nest. Reduction in the amount of land left fallow over-winter, thus providing vital seed food throughout the year was also a factor. Through our conservation efforts we are proud to be part of the drive to halt and reverse the decline of tree sparrow and other seed eating farmland birds. 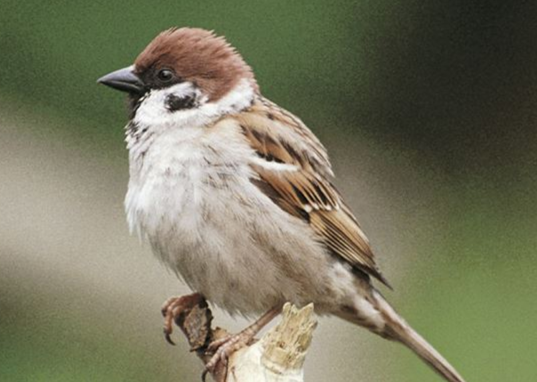